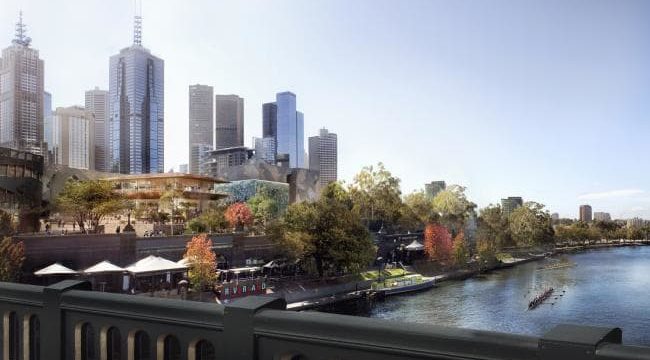 This article was originally published in The Herald Sun on 19 February 2018.

The Andrews Government’s Apple store is a bad deal for Victorians and an even worse deal for Fed Square.

FEDERATION Square CEO Jonathan Tribe told us in these pages that the square faces significant challenges. Apparently, its buildings are deteriorating, its visitor numbers are in free fall and its visitor experience is old-fashioned.

Since we launched the Our City, Our Square campaign campaign last week, we’ve heard from so many Victorians about how Fed Square is one of their favourite places in Melbourne.

A place for meeting friends or colleagues. For catching a festival and watching sport on the big screen. A place where Apple does not belong.

Along with the Andrews Government, Tribe would have us believe that an Apple store is the only way forward. He says Fed Square needs more income.

What Tribe doesn’t tell us is that Fed Square is actually cash flow positive. It brings in more revenue than it spends.

Fed Square’s “mortgage” on land and buildings means taxpayers end up covering its losses: $5.8 million last year. This might sound like a lot, but that’s small change for government. It’s the coins rattling around in your pocket. Compare that to the $57 million per year it spends on the Grand Prix. The state surplus is $8.3 billion.

For Tribe, the appeal of Apple isn’t just revenue. He tells us that Apple is “best in class”, that it’s exceptional.

But what if you quite like Samsung? Or Google? Or Sony? Or Microsoft? Or Amazon? Or some other innovative and creative technology business? Apple may be a leading tech firm, but there’s a big field to choose from. Why the special treatment?

Tribe tells us that Apple will offer a variety of free programs.

But Fed Square already has free activities. With its line-up of hundreds of community events, the big screen, ACMI, the Koorie Heritage Trust and the NGV’s Ian Potter Centre.

And all without the expectation that we buy anything. Except maybe a ticket, or a beer or a meal afterwards.

But everything changes if Fed Square and the Andrews Government allow Apple to build its flagship store in Fed Square.

What if Apple doesn’t like what you’re doing outside its store? Maybe you’re wearing a T-shirt that says, “No corporate tax evasion”? What if Grand Final, News Year’s Eve or White Night crowds block its entrance? Will its security guards move you on?

Let’s not get caught up in the marketing hype. This Apple store is just an expensive retail outlet. It will dominate Fed Square.

The store will be conveniently located in Apple’s very own iSquare: Fed Square by Apple.

Tribe is wrong to tell us an Apple store “fits perfectly” with the civic and cultural objectives of the Fed Square charter. Ultimately, Apple’s activities are focused on selling products and services and, above all, corporate branding.

Every event that takes place in Fed Square will become a photo op for Apple.

“Our new home” is how Apple’s Angela Ahrendts lay claim to Fed Square.

As one of the world’s largest and most profitable firms, Apple also doesn’t need government or Fed Square to help it secure a site for its store.

Apple has no place in Fed Square: our public square. It should go somewhere else in the Melbourne CBD. On Collins St or Bourke St, an Apple store would equally bolster innovation among Melbourne businesses and boutiques.

That’s where an Apple store belongs, closer to workers, designers, students and shoppers.

We don’t need Apple to “fix” Fed Square. The creation of a “new age arts and technology hub” doesn’t need to be outsourced to Apple.

Let’s have Melbourne’s own global innovators and creators, along with everyday Victorians, lead change at Fed Square. Not Apple, the square’s management and politicians.

Fed Square is already an internationally celebrated public square. Which is why Apple wants to move in. But it is also one of the reasons it shouldn’t.

Fed Square is great. We don’t need Apple to tell us that. We already know it.

Tania Davidge and James Lesh are from Citizens for Melbourne. Visit OurCityOurSquare.org.